Posted by Dating Diaries at Monday, March 2, A Bowling Blast! Lately, Rick has been finding reasons to talk to me. He will call, text, or email about something that would be easy for him to get the answer to. I think it is sweet. Tonight, I met up at a restaurant with Rick and some mutual friends. When I walked in, he came to me immediately and had me sit down with him.

We went through some photos that I brought. We had some fun and flirty conversation.

Later, we all went bowling. He is a fantastic bowler! I talked a bunch of smack saying that I would beat everyone. I came in last place in the first game! Then I got better and came in 2nd for the last 2 games. He place 1st in all of the games. We had so much fun and bowled until after midnight. I think he purposely stayed around to be near me! I really think we could get serious. He is really into me.

Posted by Dating Diaries at 3: Wednesday, February 18, He Called Me. Today I forwarded Rick an email that he needed to see and instead of responding by email, he called me. I think he used it as an excuse. We spoke for 2 hours and 45 minutes. We can relate to each other a lot.

Our conversation ran deep. He is normally someone that goes to bed early so I was surprised to see him stay up this late! Posted by Dating Diaries at 1: Sunday, February 15, Definite Connection. My feelings are confirmed. I saw him later today and he stopped me and said that he had so much fun talking to me and that he very much enjoyed it. Then he wanted to stay around me and we spoke for about 45 minutes after everyone else left. 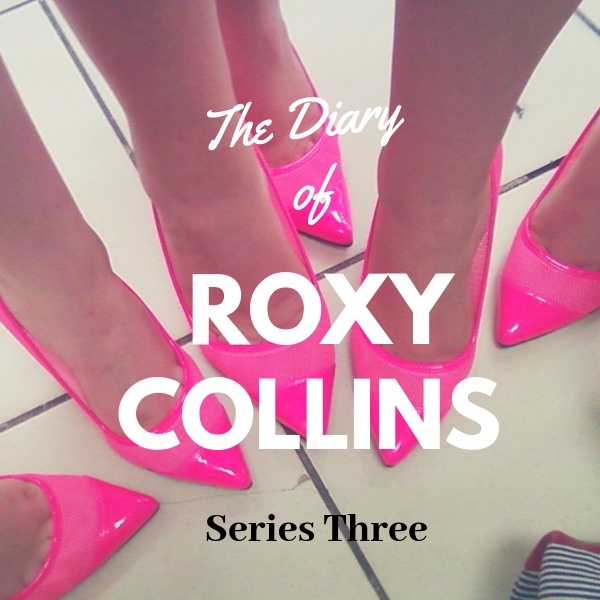 He gave me a hug later and said that my hair smelled nice. Later this evening, he sent me a text that thanked me for talking to him.

He said that he is really enjoying getting to know who I am. Saturday, February 14, The Connection. Something crazy happened today. I have been totally focused on myself lately. I have not really paid much attention to men. Tonight, I felt a connection from a conversation with a man that I have known for a few years.

The Dating DiaryOf a City Girl

I ignored it, pushed it aside and moved on. This brings me to today. When I have seen him lately, I pretend not to notice him unless he approaches me. Today he did approach me. All that we did was talk about a competition that my daughter is involved in and I left the conversation feeling warm fuzzies. It was like cupid shot me in the butt. I have thought about it ever since. It was definitely a connection. Tell him I've just started The Remains of the Day by Kazuo Ishiguro but his expression indicates he's never heard of it.

Three, four, maybe even five seconds until he continues: Five minutes ago Me and my mate Elizabeth walk in from the pub to find an envelope marked 'Fishy' on the floor. If so, my number is: She reckons I've gone bright red.

The Dating Diary of a 30 Something Woman

Meet this girl at a party. Arrange to go to the pictures: Get a text 20 minutes before. Reckons she's wet and bedraggled because of the rain. Should have brought a brolly, like me. Kiss her damp cheek as she removes her hat and runs five stumpy fingers through her hair. Doesn't look bedraggled — looks lovely. Tell her I've already got the tickets, so she insists on buying the popcorn. Picks salted — ug. Give her a chance Fishy, give her a chance. The film's called You, The Living. The review never said anything about Swedish subtitles.

She throws popcorn at me with a smile that reveals dimples.


Think she's the one. Offer her some Orbit. Five minutes later her head is resting on my shoulder.

Sniff her hair - nothing. Tell her it smells nice anyway - brownie points. Avoid talking about the film after - don't want to sound thick. She picks a table with a candle. Blow it out on the way to the loo, challenging her to light it before I return. Is this what love feels like? Tells me about her scrapbook — it's like a diary but with pictures and ticket stubs to boot. Feel myself going boss-eyed. Think I'll kiss her in the rain - she'll love that. Go in for the kill as we walk to the car but she retreats.

She's not kissing me in the rain — says it's cheesy. Oh well, five minutes later, outside her student house, our lips collide under the gaze of my rear view mirror. Catch a glimpse of myself and like what I see: Her room is a pigsty: She hands me the scrapbook on her way to the bathroom but as soon as the toilet door tells me it's safe, I'm off to investigate those open drawers. As I do, a sharp whiff of body odour rises up my nostrils — I stink.

Find some Dove deodorant and give myself a spray.

Girl Behind the Keyboard

Hope she doesn't notice I smell like her. Scurry back to the scrapbook as her heavy feet lead her back from the bathroom. Turn to the penultimate page.

This is amazing, I say. Sorry about the mess, she replies, then asks why my socks say Tuesday when it's Saturday. I'm a rebel, I answer.